I know Halloween isn't until tomorrow, but I had a few minutes to sit down and share some photos from Ella's Halloween party at school. Ella is dressed up as Jessie the Cowgirl from Toystory 2 and the twins are garden gnomes. I seriously couldn't stop laughing at how ridiculous (and cute) they all looked in their costumes. 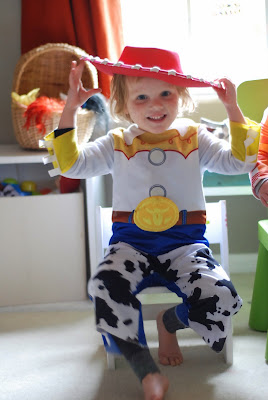 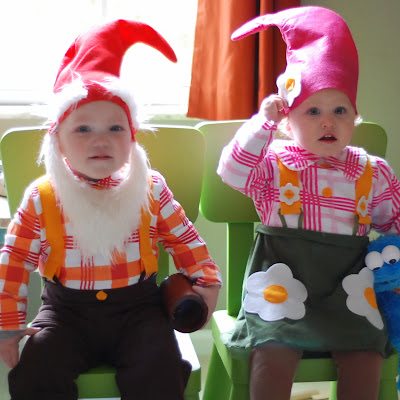 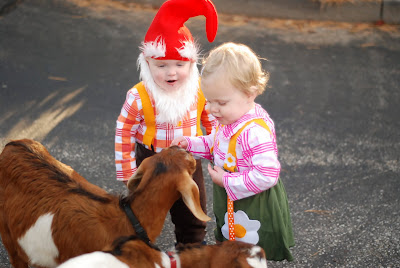 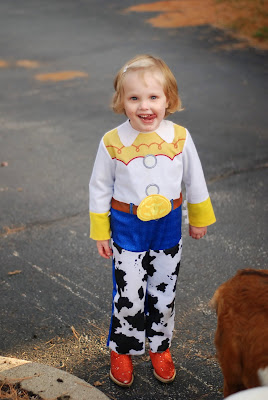 We were all set for an uneventful, relaxing weekend when Lily decided Saturday morning to drink half a small bottle of hand sanitizer. I immediately called poison control who said she needed to be taken to the hospital to be monitored, since its 62% alcohol. I was also advised that she might start to stumble, slur her speech and potentially pass out (none of which ever happened, thankfully). Martin took her to the ER where they drew blood and kept an eye on her for a few hours. Her blood alcohol level came back normal so either she didn't actually eat as much as we thought she had, or she's been up to this before and has built up a tolerance (kidding!). Very luckily, she was fine and we were able to carry on with our weekend.
In other very good and exciting news, Drew's latest culture came back NEGATIVE for pseudomonas! Hopefully it remains that way for a while. He did have some Haemophilus but they are going to treat that unless he shows symptoms of being sick, which he is not. Hopefully he can cough that out on his own without antibiotics.
Tomorrow night we will all bundle up and brave the cold for some trick or treating. I don't suspect it will last long but hopefully everyone will enjoy themselves for the short time we spend outside!