Change is happening now, hop on board

Last week I was invited to an event at the White House through the Office of Science and Technology Policy in a partnership with MedicineX, a conference that I've attended for the past 4 years and have met some of the most amazing people through (you know who you are). The goal of the meeting was to discuss and then start to create ways to engage participants as partners in research, and many good conversations were had. Maybe the best way to explain the problem we were trying to solve is through an example:

Many folks who interact with the healthcare system are often asked to participate in a research project at some point in their medical journey. Whether its for a new cancer treatment or an imagining study for CF patients, we are invited and often times compensated for the time that we spend giving of ourselves to science for the benefit of ourselves and others down the road. Many problems exist with this current plan though. First, it's hard to tell what you're signing up for. There's this thing called "Informed Consent" that usually comes in the form of 8 pages of jargon giving you the risks and benefits of the study where you agree to enter into the research at your own free will. It also sometimes says where and how the data will be used, but I've never really read any of that in anything we've ever done, just simply hearing that we can get $100 for letting them do an MRI to study the difference between an MRI picture of your lungs and a CT scan to better develop ways to capture that data is usually enough for me to say OK. But, sometimes the research that you participate in doesn't recruit enough people to be completed, and then it just disappears as though it never existed in the first place. And sometimes some scientist writes a nice paper about the results and gets credit and money to further their research, and I have to stumble upon it in a journal to learn what they learned and then figure out how or if it applies to me. There's gotta be a better way to respect the contribution that folks make to this research system.

We also discussed recruitment for clinical trials, and how we might help folks to realize the value of the contribution they're making to science and their communities through participation. I'd say to start with, give them their damn data back. Let them know when it will be published. Provide them with updates on the status and findings. And if it fails to recruit, apologize. In other words, be human.

I think what I like most about these meetings is the people that I get to meet. Hearing their wonderful ideas for healthcare improvement and sharing mine, creating partnerships and working together to change things is what matters here. While I know that it's not humanly possible to get all the amazing people into the same room at the same time, some of my favorite people in healthcare that were missing included: Whitney Zatzkin from Flip the Clinic, actually supporting the efforts to turn these ideas into practice; Amy Edgar who stopped admiring the problem of lack of integrated care services for complex kids and actually started a service to meet their needs; Jodi Sperber, user centered Design team lead at Partners Connected Health who gets the value of learning from social networks, and all-around good person; and Beth Toner, an RN and creator of one of my favorite things, The Narrative Playbook. (Look these people up, you won't be disappointed.) While we've all connected through social media, MedicineX has served as a facilitator of many connections beyond that. It puts people in a place to mingle, sparks conversation and ignites ideation.  I've seen the conference evolve over the past 4 years, moving from a forum for patients to voice their frustrations and learn about the work going on in the systems around them, to one where we show up without labels, respecting one another for our expertise, whatever that may be. Only a CF mom (or maybe an infectious disease doc) would explain the MedicineX platform and the day at the White House as an effort to create a human biofilm, something so powerful, something impenetrable, unable to be shut down disrupted despite valiant efforts by opposing forces. Change is happening now, for the better, so hop on board. 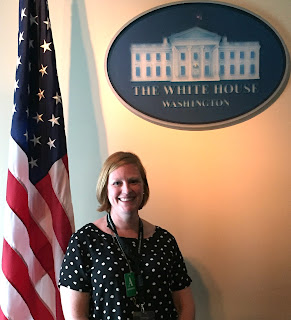 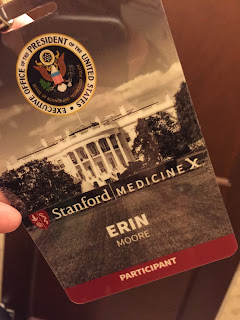 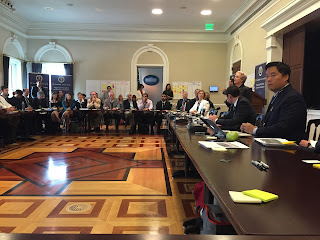 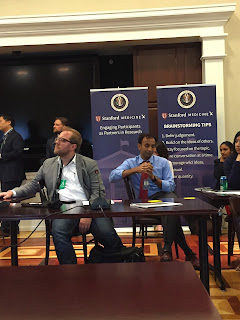 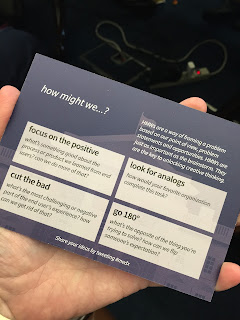 I've also written about this event at the White House for Eli Lilly's Clinical Trials Blog, LillyPad, where I am now their first ePatient Advisor! Woot!